‘A flag of progress and quality’ – Ship Registration in Cyprus

Inspired by the motto ‘a flag of progress and quality’, Cyprus hosts the 11th largest merchant fleet by flag registration in the world and the 3rd largest within the EU.

The benefits of the Cyprus flag are many and substantial, including but not limited, to:

There are three types of ship registration: provisional, permanent and bareboat charter (parallel).

A Ship may only be registered under Cyprus flag if:

The legislation allows for a six-month provisional registration prior to permanent registration. This gives time (of up to nine months including a three month extension) to complete the administrative formalities relating to any previous flag state and/or state of registry and those relating to the permanent registration. At the time of her provisional registration, the ship must be at a port or anchorage (not necessarily in Cyprus) where she can be surveyed and certified by the Classification Society with which the ship is classed and the other Classification Societies which may be involved on behalf of Cyprus.

The permanent registration of a provisionally registered ship must be effected prior to the expiry of the ship’s Provisional Certificate of Cyprus Registry.

When the age of the ship necessitates an entry inspection and if any additional inspections are required, these are carried out by Surveyors of the Shipping Deputy Ministry at the expense of the registered owner or registered bareboat charterer, as the case may be. The entry inspection should be carried out no later than three (3) months from the date of the provisional, or the parallel-in registration, or within one (1) month from the date of permanent registration if effected directly.

Under the Advocates Laws of Cyprus only lawyers registered as practising advocates in Cyprus are entitled to draft the necessary documents for the incorporation of Cyprus companies and the registration of ships under the Cyprus flag. Consequently, the first step to be taken in registering a ship under the Cyprus flag is to engage the services of a local registered advocate.

Our firm can assist you with, inter alia, with the following matters:

More information on our Shipping & Maritime Law practice may be found here. 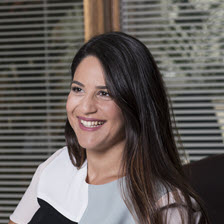 Our website will provide you with an overview of our services and the advice we provide. If you would like further information about how we can assist you, please contact us.

Need more information about the above Lawyers and Legal Services?
Talk to one of our clerks: +357 22 777000

We use cookies to improve our site and your browsing experience. By continuing to browse our site you accept our use of cookies. Find out more. Close